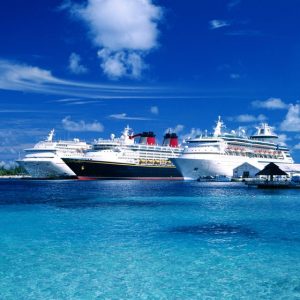 Around 9,000 hapless passengers are stranded in about a dozen cruise ships around the world. At time of writing 19 cruise ships are ‘stranded’ off the Australian coast. Some ships were on round the world voyages and had been at sea long before coronavirus struck. Health policies and border restrictions are changing daily and meanwhile these passengers and the thousands of crew who serve them are being demonised. Ships are still being denied entry to ports around the world and cruise companies are working round the clock to find a solution. Two of the ships that are carrying Australians among their passengers are Holland America vessels the Rotterdam and the Zaandam – both vessels tried to disembark passengers and crew and were being excluded from ports around the Americas for weeks until today (April 3) when they have been allowed to disembark in Florida.

A statement from the President of Carnival says “[Ruby Princess] followed to the letter all of the formal health clearance processes that were active at the time – meaning that all travellers arriving from an overseas port were treated in exactly the same way whether they arrived by air or sea”.  (Cruise Weekly April 2)

Cruise Lines International Association (CLIA) Australasia is calling for repatriation of crew – and this appears to have been heard.

These travellers could have been any one of us who love to travel and to cruise – these are the unlucky ones, caught up in an unprecedented disaster. It is easy to pass a problem on to others, to deny responsibility, to blame someone else. There’s been a lot of buck passing between the Federal government and the Department of Home Affairs – notably some unhelpful comments on air by Peter Dutton – the state governments, the health authorities and border security. It is to be hoped that it is not much longer before the situation is resolved humanely.

Cruising contributes around $5billion to the national economy each year and 20,000+ people work in the industry. Will Australia turn away the ships when this over?