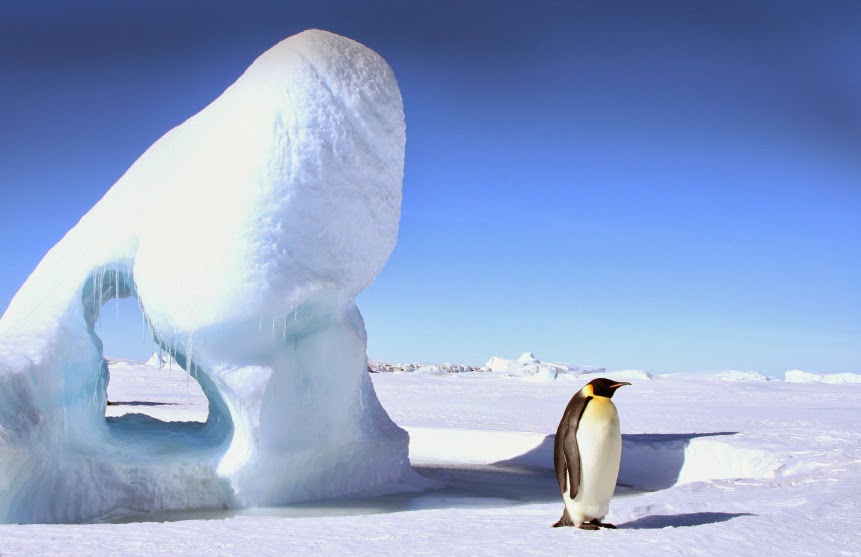 Does the driest, coldest, whitest continent, its penguins, whales, seals and silences draw you?
Mosman Cruise Centre has combined with Seabourn Cruises for a special cruise in February 2014.
Seabourn Quest is a new (2011) ship with a passenger capacity of only 450 and generous space aboard – an elegant 5-star environment for a great adventure.
This adventure could be the holiday of a lifetime, we will be travelling to South America as well (we have been travelling regularly to South America since 2003) and will take in some of the great highlights… but you really want to know all about it right? Contact us now and we will send you the itinerary and all the information… we would love you to join us!! 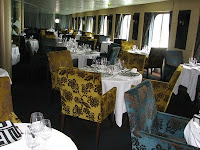 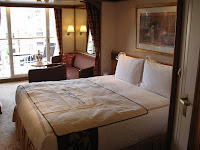 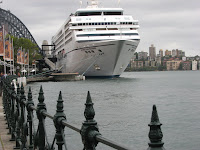 After cruising on the Regent Seven Seas Mariner last year I was looking forward to once again boarding this beautiful ship this morning. I invited a group of clients to join us and although the day was grey it didn’t dampen our anticipation.
We sipped on champagne and nibbled hors d’oeuvres as part of our visit and thoroughly enjoyed visiting the new restaurant known as Prime 7 which has replaced the Asian restaurant, and the cabins that have been refurbished. (You may remember that I wrote a couple of months ago about passengers on this line asking for showers instead of showers over baths and quite a few of the cabins have not been modified.)
Regent Seven Seas and Mosman Cruise Centre have some great offers to passengers in 2010.
All sailings will be offered as two for 1 and include unlimited shore excursions. You will also be able to pre-book alternative dining before you sail. And one of the things I love about this cruise line is the no extra charge for wine, beer and the mini bar.
This is the first of my ship’s visits and I’ll write about as many as possible so you can get a first hand impression.
I’ll also take my camera!
Special offer to clients: If you are a client of the Mosman Cruise Centre or Travel Choice and you would like to join me on a ship visit let me know by email (martin@travelchoice.com.au) or phone 9968 1600.

Last night I was invited on a tour on board the Queen Mary 2 and to dinner on board afterwards. On the same day, Biba, our cruise consultant at the Mosman Cruise Centre, disembarked after travelling on board this grand lady for 3 weeks from Los Angeles. So we have lots to tell – and we will be updating this blog as we get more pictures and information.
For Biba, cruising on the Queen Mary 2, was a ”fantastic experience”. You can read her email below that was sent while she was on the voyage. We will put up some highlights of her trip in the next few days.
For us, last night, it was a quick trip around this floating mini-city, we simply didn’t have time to see very much in an hour and a half. The ship has the atmosphere of a grand old English hotel, like the Ritz. Highlights such as the real English red post box, outside the English pub, help to encourage the feeling that you are enjoying a little bit of England. Many years ago we spent a day on the original Queen Mary at her permanent mooring in Los Angeles. We visited the suites occupied by the Duke and Duchess of Windsor, marvelled at the size of the engine room and the pool in the depths of the ship, and enjoyed an English high tea – of sorts (the American idea of a pot of hot water and tea bag was unfortunately found even here).
At the moment the Queen Mary 2 is the world’s fastest ocean liner. Ocean liners are built to travel the world including crossing the North Atlantic – cruise ships are built to cruise in calmer waters and are not constructed with the same strength and stability of the ocean liners.

Last night we dined in the Todd English restaurant in the bow of the ship. Named after one of England’s first celebrity cooks, this restaurant has a cosy, comfortable atmosphere and the food was excellent. The entree was a goat’s cheese with salad and crouton, the mains were rack of baby lamb or yellow fin tuna served on a risotto and dessert was creme brulee. A selection of wine was served and we finished with coffee and petit fours. According to Biba the food was generally ‘excellent’. There are 10 restaurants on board, though not all passengers may eat at all the restaurants as the Queen’s Grill and the Princess Grill are for those paying for the top suites. However says Biba, this was not a problem.
I’ve downloaded an album of last night’s visit… and we’ll bring you more photos as they become available. The picture above is one of many on the walls of the QM2.
Bookings are being taken for next year’s QM2 trip to Australia – and you will be surprised at the prices, there are some great bargains to be had.
Contact me – martin@travelchoice.com.au or Biba – travel@travelchoice.com.au – for more information.