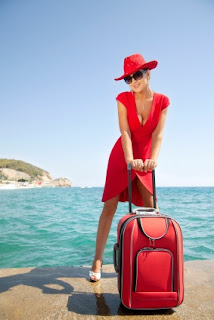 Cruise lines can levy up to 200% surcharge for those who want to travel alone. They do this because cabins are configured for 2 persons and the basic fare is calculated per cabin. They also need to make up for the revenue they project that they will lose on the second person’s drinks, shopping and other extras on board.
Some of the cruise lines have decided that this is cutting out quite a lucrative part of their market as many singles will not travel with such a financial burden.
Fred Olsen, P&O’s Azura, Costa and Norwegian Cruise lines now have single cabins that don’t come with the massive markups.  In 2010 NCL launched the Norwegian Epic which has 128 solo cabins.
Other cruise lines that favour singles include Crystal, Discovery, Hurtigruten and Saga. Some such as Silverseas offer single discounts for those who book early.
Many of the river cruise lines offer discounted solo rates.
If you are a solo traveller there are a few benefits you can look for in a cruise including:
* dance partners. As a dancer I was made aware of these dancing men when I cruised on the QM earlier this year and a couple of years ago on the Regent Seven Seas Mariner. The single women who love to dance knew that there would be partners, that they would dance all night if they wanted to and for many this was a highlight of their cruise.
* activities that don’t require a partner – these days cruise lines offer so many lectures, demonstrations and ‘workshops’ that it is worth checking just what is on offer before you book. Interactive workshops, learning a new language, cooking demonstrations, art or acting classes, even presentations, can introduce you to other travellers.
* plenty of social activities such as cocktail parties and karaoke nights
* if you have a particular passion choosing a themed cruise, such as golf, cooking or dance cruise will ensure that you meet plenty of like-minded travellers.

These days it can be a good idea to have your travel agent on the look out for special deals for singles as they are coming up more and more.  You can cruising solo– or phone 02 9968 1600