We set sail from Cannakale in the late afternoon and headed down straits towards the Bosphorous and Istanbul. By 6.00 a.m. we had reached the outskirts of the city that was once called Constantinople and by the time we were up we were passing under the first of the great bridges. The morning was misty, the sun was watering trying with an orange glow to be seen through the thick grey clouds, but without success.

Once we had passed the new (third) bridge being built to cross the Bosphorus we were into the Black Sea and on our way to Sinop. Before we decided to take this cruise I knew very little about the Black Sea, except that Sebastopol and the Crimea were somewhere on its seabord so Sinop was not a place I ever expected to visit. It took 2 nights to reach this town in Turkey on the southern seabord of the Black Sea. Legend has it that Sinop was founded by the Amazons, history has it that  whoever it was the first habitation was around 700 B.C. It was a focus for the trade route for thousands or years, and many of the great civilizations fought over its possession. The city walls that still stand in many places, are over 2000 years old ahd have been built upon many times over the years. We took a walk with a guide to the mosque and the folk museum, then set off on our own. We found a delightful coffee shop/music coffee bar tucked into a courtyard. Here a young man, whose English was very good, served us an excellent Turkish coffee and treated us to an impromptu performance on his instrument, a bit like a mandolin, but made from a butternut pumpkin shell. 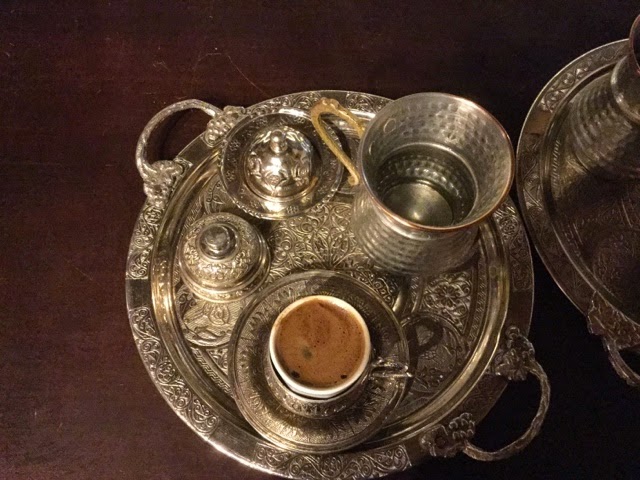 A bakery tempted us inside and we bought freshly baked turkish bread and a couple of pastries before heading back to the ship for lunch. Minerva set sail early afternoon for the next port of Trabzon.
Call Us