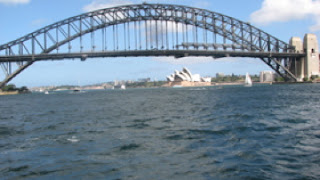 More cruise ships are staying overnight in Sydney Harbour than in past years. Among the first this season are the Amsterdam, which will overnight from 11 to 12 th November at Barangaroo. Celebrity Millennium will move from the Athol Buoy on 21st November to the Overseas Passenger Terminal on 22nd November and then Voyager of the Seas will overnight at the OPT from 23rd November to 25th November. Obviously this gives passengers much longer to explore Sydney and even time to take a trip to other parts of NSW or further afield.

When Holland America’s Amsterdam arrives she will be at the beginning of a 27 day cruise which began in Brisbane 2 days before. Passengers will disembark in San Diego California on the 5th December.
Celebrity Millennium was launched in 2000 and one of the remarkable features is the wooden panels which were originally used on the RMS Olympic a sister ship of the Titanic. Olympic was sold for scrap in 1936. Celebrity Millenium also has a large conservatory.  When she departs Sydney she will head to Singapore arriving on December 9.
When the Voyager of the Seas arrives it will be at the end of an 18 night cruise round Australia which began in Fremantle on 5th November and took passengers to Adelaide, Melbourne, Hobart, New Zealand and back to Sydney. On the 23rd she will head out to sea for a Sampler Cruise for one night – and ideal way to find out if you like cruising – or would like to take further voyages on this ship.